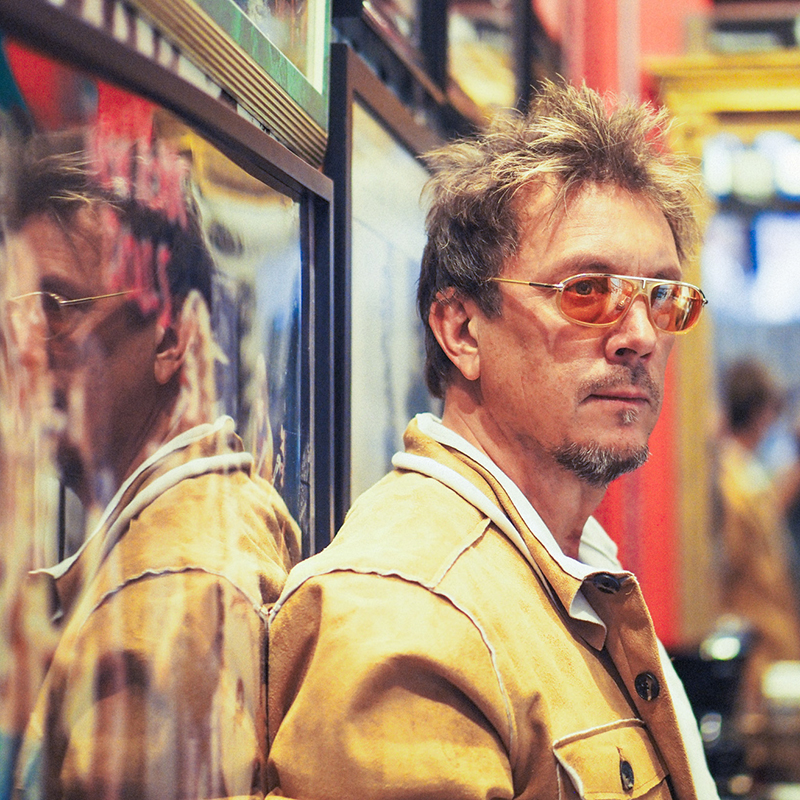 Among the things that many PRN alumni know is how much Prince Rogers Nelson coveted the opportunity to share his knowledge with others. That said, the ability for someone to truly claim Prince as their mentor positions them in a rather exclusive club, one that Paul Peterson is beyond proud to belong to.

Paul would be the first to admit that his relationship with Prince was at times complicated, and even nonexistent at others. Still, the influence that Prince had on him was indelible and the good times they shared, including several during the last few years of Prince’s life, occupy a permanent place in Paul’s heart.

And perhaps there is nothing that embodies the relationship of these two men more than a single song, a song that would ultimately bring Paul’s life full circle.

The Origins of St. Paul

As the youngest son of Willard and Jeanne Arland Peterson, Paul was born into what was affectionately known as Minnesota’s First Family of Jazz. “You gotta understand,” says Paul, “for Norwegians, we were pretty funky. My childhood and that of all my siblings was immersed in be-bop and R & B. Our family was drawn to African American music because that’s what we loved.”

It must have been serendipity then that Paul came of age in the same era (and locale) that The Minneapolis Sound began to take shape. By 1983, though only 18 and still a senior in high school, Paul was already turning heads in the music community just as his older brothers and sisters (Linda, Billy, Patty, and Ricky) had before him. And, it was his talent and versatility that soon caught the attention of Prince who tapped the young Richfield native to join The Time, taking up one of two keyboard spots that had been recently vacated by Jimmy Jam and Monte Moir.

The next few months proved to be a whirlwind as Paul found himself not only learning directly at the feet of His Royal Badness, but also from his new brothers in what many considered the funkiest band around. By the end of 1983, Paul, just barely 19, had completed filming on what in the eyes of many would become the most famous Rock and Roll movie of all time, Purple Rain.

Shortly thereafter, he was around to help put the finishing touches on The Time’s third Warner Bros. release Ice Cream Castle. By this time however, Morris Day had left the band and Jesse Johnson soon followed. For the moment, The Time was no more. Of course, Prince, who was perpetually juggling a multitude of ideas, already had a plan in place for a new band.

“I want you to be the singer,” Prince told a stunned Paul. And, in spite of any apprehensions he had, Paul replied “Yes” and The Family was born. Featuring both St. Paul (as Prince had rechristened him) and Susannah Melvoin on lead vocals, the band was rounded out by Eric Leeds and holdovers from The Time, Jellybean Johnson and Jerome Benton.

During the summer of 1984, there seemed to be a million things going on in Prince’s universe, all at the same time. On the night of his 26th birthday, Prince and The Revolution unveiled several new songs in a gig at First Avenue. Sheila E.’s debut album was released in early June to be followed by the soundtrack to Purple Rain later that month. Next was The Time’s Ice Cream Castle and on July 26th came the World Premiere of Purple Rain at Mann’s Chinese Theatre in Hollywood.

Yet Prince, as always, was a few steps ahead of everything else that was going on around him, whether he’d created it or not. And it was during that summer of 1984 that Prince started recording the basic tracks for his latest project.

It had already been a pretty decent summer for (the still teenage) Paul as he officially added his first major label release as well as a major motion picture credit to his résumé. And, not long after he returned home from the Hollywood premiere of Purple Rain, Paul began to contribute his vocals to songs that would ultimately form The Family’s debut album.

“The way it worked in those days,” notes Paul “is that I wasn’t necessary at the beginning of the process. Prince would dispatch a cassette over to me. It was often a fully-formed track and it was my job to learn the song based on his guide vocal.” While Paul was impressed by all the songs that were written for this record, there was one that immediately stood out to him.

When the demo of “Nothing Compares 2 U” arrived at his mother’s house (where he was still living at the time), Paul immediately sat down at the kitchen table and hit play. His first thought was, “Okay, this is heavy duty. This is on another level.” Paul adds that “At this particular time Prince was so prolific, so in tune with what was going on, not only within his own musical sphere but the entire culture. This song seemed to be the perfect embodiment of that clairvoyance.”

As he studied the track and sought to capture its emotion and accurately mirror all of Prince’s different inflections and complex phrasing, it quickly took on a very personal connection to him. Paul and his high school sweetheart, Julie, began dating in 10th Grade before she broke his heart a year later. Although they were now back together, Paul couldn’t help but to lament the time they spent apart. Prince’s extraordinary composition spoke directly to those feelings and to Paul gave the song an even “deeper meaning.”

When it came time to record the vocals for “Nothing Compares 2 U” Paul remembers David Z engineering the session at the fabled warehouse on Flying Cloud Drive, but can’t recall if Prince was there or not. “He might have come by at the end, but you know 34 years have passed so I can’t say for sure.”

Paul’s vocals would not be the final contribution to the song, as Prince decided to employ legendary composer Clare Fischer to add string arrangements. As Paul recalls, it was Susannah that encouraged Prince to use Fischer, who had made a name for himself in both jazz and soul circles for decades. “When I heard the finished song with Clare’s orchestration,” says Paul, “which stripped away much of Prince’s original instrumentation, I found myself loving the song more, if that was even possible.”

Paul first sang “Nothing Compares 2 U” in front of a live audience on August 13, 1985 during The Family’s debut performance at First Avenue. Then, a few days later, the band’s eponymous album became the second LP released on Prince’s new Paisley Park label (following Prince and The Revolution’s Around the World In A Day).

Underscored by the singles “The Screams of Passion,” and “High Fashion,” The Family is widely considered among the best (Prince) associated artist albums of all time. And although never released as a single, the band’s original recording of “Nothing Compares 2 U” became an instant classic among fans.