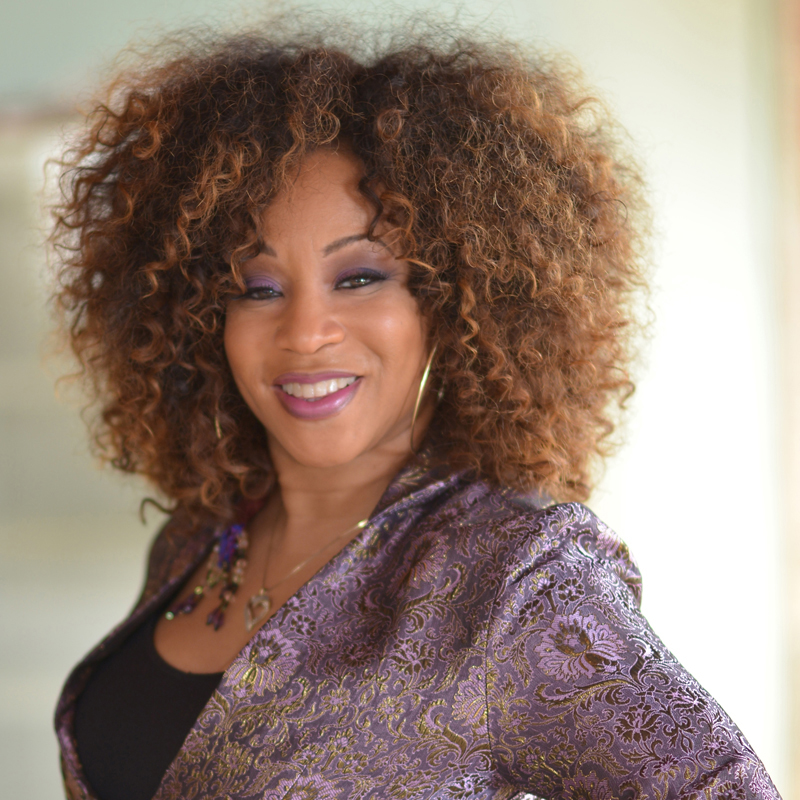 “THIS GIG WILL BE OVER SOME DAY… WHEN IT IS, YOU ALL SHOULD BE TEACHING”

“GOD WAS PREPARING YOU FOR THIS MOMENT”

With some down time scheduled for the band, Cassandra made her way back to Los Angeles where, just before Thanksgiving, she received a call from her sister, “Mom is in the hospital.” Cassandra flew cross-country to Charlotte, North Carolina, to be with her mother. She was released from the hospital that Wednesday and was able to spend Thanksgiving Day at home with family.

Cassandra’s mother beamed with pride during their time together. She reminded her youngest daughter that all those afternoons and evenings Cassandra kept her awake practicing Prince are what brought her to this moment in her life. “God was preparing you for this moment. To see my little girl living out her dream on stage is my dream come true too.”

Cassandra responded by saying, “Mom, if it wasn’t for you, I wouldn’t be who I am. You are my best friend. My biggest fan.” On that Saturday, Cassandra returned to Los Angeles. It would be the last time she saw her mother Janet, who passed away a few days later.

Cassandra spent the first few months of 2010 still grieving. She needed something occupy her time and wasn’t yet sure what Prince had on tap yet for the new year, so she starting working a little around Los Angeles. Then, out of the blue, Cassandra was offered a spot on another tour. She desperately wanted to keep playing with Prince, but felt she had to be part of something now.

She reached out to Morris to explain her feelings. Always one to understand, he said to her, “I can’t pretend to know what it is your feeling, but, I get it.” He implored her to “hang in there” adding that soon, they’d all be “working like crazy.” “Besides,” Morris concluded, “Prince loves you.” That was enough to help Cassandra hold on, a decision that would soon pay off in a big way.

By May 2010, Prince brought the band back together, first for a couple of one-off performances in New York City and West Hollywood, before hitting the European festival circuit that July. Later that fall, the band, now retooled, set out on the short 20Ten Live tour followed by the Welcome 2 America Tour (subsequently paving the way for the Welcome 2 America Euro Tour, Welcome 2 Canada, Welcome 2 Australia, and even Welcome 2 Chicago), which kept them on the road for the better part of two full years. Turns out Morris was right.

The initial changes to the new line-up saw the return of both John Blackwell (drums) and Renato Neto (keyboards), as well as Ida Nielsen on bass. Occasionally Sheila, Maceo Parker, Andy Allo, and Maya and Nandy McClean (The Twinz), would make appearances as would any number of artists (including Prince vets and others) on any given night.

There are literally dozens of stories Cassandra can recite from those days on the road. One thing that always comes to mind, however, was how Prince’s universe was a completely self-contained operation. “His vision, discipline, and drive were a sight to behold,” says Cassandra, “Prince ran everything down to the smallest detail” “Lights, music, hair, clothes, choreography, dinner time, all of it. That’s incredible. Most folks pay others to do that stuff.”

Another thing that awed Cassandra at is how Prince was able to see things in people that they themselves couldn’t. For example, one day during rehearsal Prince was playing “Automatic” on Morris’ rig. As she walked by Cassandra started singing. Prince stopped, “Cassy. You’re getting a mic.” She assured Prince that wasn’t necessary. Nevertheless, at the next rehearsal, Cassandra had a mic set up on her rig.

By this time, Cassandra felt like her relationship with Prince was of a close friend, a brother even. It hadn’t take long for her to consider her other bandmates as brothers and sisters, but with Prince things came a bit more gradually. “The first year or so he really didn’t say much to me outside of rehearsals.

But now, Cassandra felt she was part of a tight-knit musical family and one of her favorite activities was to watch the video of that night’s show with Prince and the band, assuming there was no aftershow. As she recollects, “We were somewhere in Europe, and I was the first to walk into his hotel suite. Prince had already started the video and we sounded so good, I asked ‘Is that us? That sounds like the record.’” Prince replied, “Yeah, that’s from earlier. All I know is ya’ll were in there tonight!”

Since Prince often used multiple cameras, the band also had the privilege of seeing the crowd’s reaction to their performance. “To see people smile, laugh, cry,” marvels Cassandra, “What could be better. To know that you brought joy to someone, that you helped to move their spirit.”

That being said, while the finer details associated with many of those late night viewings may escape her today, there is one such night that Cassandra is certain she will never forget.

On Friday, July 22, 2011 (forever known as 22/7 in Norway), Prince and the band touched down in Oslo for a pair of shows at the Oslo Spektrum. That afternoon, a right-wing terrorist detonated a bomb only a few blocks from the arena. The perpetrator then proceeded to the nearby island of Utøya where he opened fire on participants at a summer youth camp. When the attack was over, 77 people had lost their lives (33 of whom were under the age of 18) and 329 were injured (at least 67 severely).

“Although we wanted to stay,” says Cassandra, “They got us out the next day after having postponed the shows until early August.” So, after previously scheduled gigs in The Netherlands, Germany, and Ireland, they returned to Oslo on August 2nd for the first of two concerts.

Several times that first night Prince brought fans on stage to dance. And while the emotion in the room that evening may have a times seemed both cathartic and solemn, there was nothing to prepare Prince and the band for what they experienced when watching the video later that night.

As she reminisces, Cassandra explains that their hope that night was to spend a few hours “bringing light and positivity” to an audience and a community desperately in need of both. And, she’s sure they were able to do that. But for all of them to watch that video in Prince’s hotel room – to see people crying, hugging one another, searching for something, anything to heal their souls – was a bit overwhelming. “There was not a dry eye in the room,” remembers Cassandra.

BACK TO MONTREUX AND BEYOND

After winding down 2012 with a couple of shows in Los Angeles, Prince kicked off 2013 with an intimate three-night run at The Dakota in downtown Minneapolis. It was during that final night that he introduced his latest project 3rdeyegirl. Then, on the heels of a spring tour that featured the all-girl trio, it was back to Switzerland for three more nights at the 47th Annual Montreux Jazz Festival.

While keeping Ida, Donna, and Hannah in the line-up for Montreux, Prince added an 11-piece horn section as well as a couple of other musicians. Liv, Shelby, and Elisa remained on vocals whereas Cassandra – who was now able to experience the festival she bowed out of four years earlier - was back on keys and vocals. In 2014, Cassandra, joined Prince and 3rdeyegirl for what would be her final “proper tour,” Hit and Run Part II.

In late 2015, following a bit of a hiatus from Minneapolis, Cassandra received another call from Prince. “He was performing at a private New Year’s Eve party on the island of St. Barts,” she says, “He wanted me to play.”

After the performance, Cassandra found herself hanging out with the likes of Paul McCartney among other celebrities. “It was a great night.” When the party was over, Cassandra heard Prince’s voice, “Cassy. We missed you. We missed you a lot a lot around here. It’s good to have you back.” Cassandra echoed his sentiments and “blew him a kiss.” She didn’t realize it at the moment, but that would be the last time she ever saw Prince.

Of all the knowledge, experience, and encouragement she collected from Prince over the course of seven years, a myriad of things stick out. One such pearl of wisdom is the time that Prince told her, “This gig will be over someday and when it is, you all should be teaching.” Cassandra took that advice to heart and didn’t waste much time pursuing a second, albeit related vocation. In 2013, not long after relocating to New York, Cassandra enrolled in Manhattan’s legendary New School of Jazz and Contemporary Music.

On Tuesday, the 19th of April, 2016 – almost three years into her studies – she was on her way to class. All of a sudden, Cassandra’s thoughts (as they often would) turned to Prince. But this time something felt wrong. She’d heard about the cancelled shows in Atlanta as well as the emergency landing in Moline the Friday before. “So, right there on the train,” laments Cassandra, “I prayed for him, asking God to keep him strong, to protect him.”

Two days later, while in between classes, Cassandra received a call from her keyboard tech Julius DeBerry. “Is it true?," he asked. “Is what true?,” she replied. “They're saying Prince is dead.” Thinking it had to be a joke, Cassandra began thumbing through her phone where she noticed a Facebook post from Bernadette Cooper of Klymaxx that read, “Oh No. Not Prince too.”

Still certain that it couldn’t be true, Cassandra found a television and turned to CNN where the first thing she heard was that unmistakable chorus to “Purple Rain.” She knew he was gone.

Cassandra’s phone began to vibrate “like crazy.” Then her Facebook page “blew up.” As she spent the rest of the day commiserating with friends and bandmates, Cassandra felt as though she was stuck in some sort of cloud. “I didn’t cry, I didn’t move, I didn’t do anything.”

In the ensuing days, Cassandra was asked to do a number of interviews including one with ABC News. Yet it was during her own Facebook Live stream that her emotions became too much to bear. She started by letting everyone know she was alright. Cassandra went on to thank those that had shared their prayers and concerns. After a few more thank-you’s and I-love-you’s, she spoke the words, “And to Prince…”

“That’s when it hit me,” she says, “That’s when I started to cry.” Fighting through her tears, Cassandra thanked Prince for being her teacher, friend, brother, and most of all, for “allowing me to be part of something so great, so real.”

Cassandra graduated from The New School with a Bachelor of Fine Arts and today teaches music at Columbia College Chicago, where she shares with her students the insight, intellect, and expertise she’s gained in more than 25 years as a professional musician. When they ask, Cassandra’s happy to talk specifics about her time with Prince, but occasionally likes to say (as do the kids themselves), “Google me baby.”

Looking toward the future, Cassandra holds dear the fact that as long as she has “memories of Prince,” she will never run out of things to share with others. “I miss him so much. But he’s always in my heart and in the music I play.”