The PRN Alumni Foundation Board of Directors is comprised of former employees of Paisley Park and Prince. Those individuals, who worked closest with Prince, often on a daily, around-the-clock basis, have formed a foundation with a unified purpose of continuing Prince’s legacy of social justice and charitable giving. 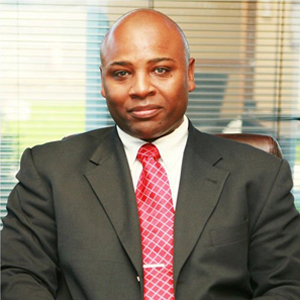 President of Bodyguards Careers, Harlan Austin has acquired over 25 years of field experience as an Executive Protection Specialist, seven years of which he served as Director of Security Services for Paisley Park Productions. Foremost, in his duties at Paisley Park was assuring the safety and welfare of the musical artist Prince, as well as celebrities with whom Prince collaborated or associated with: Lenny Kravitz, Madonna, Carmen Elektra, Sheena Easton, Patti LaBelle and Kim Basinger to name a few. 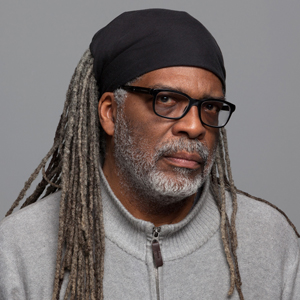 Craig Laurence Rice
Craig Laurence Rice is an entertainment executive, entrepreneur, educator, award-winning producer and director who is nationally recognized for his distinguished career in the music industry, commercial, television and feature film industries. His credits include Producer for the 90-minute PBS variety show special, "A Prairie Home Companion 30th," Executive Producer on the nationally syndicated series "Million Dollar Idea," and Executive Producer as well as Director for the feature length documentary "Half Past Autumn: The Life and Works of Gordon Parks" for HBO, which was nominated for three Emmy Awards, and a NAACP Image Award.

Rice also has an outstanding career in the music industry serving as Director of Paisley Park Enterprises, Inc. Record executive with MCA records, Artist Manager and Road and Tour Manager for domestic and international musical tours for recording artists including Prince.

Jacqui Thompson
Jacqui Thompson has been a recording industry executive for more than two decades, working on projects with Prince, Carlos Santana, Outkast, Chaka Khan, and Larry Graham, among others. She maintains an extensive list of industry contacts.

In 1996, Jacqui was hired at Paisley Park Studios to oversee all 1-800-NEW-FUNK merchandising and to help produce Mayte’s dance company, Around the World in a Day. In 1997, as head management for Paisley Park Enterprises, she acted as the conduit between Paisley Park and other labels, including Arista Records. While at Paisley, she had a hand in the creation of a stand-alone distribution channel for NPG Records and worked on recording projects such as New Power Soul, Come 2 My House, GCS200, and Rave Un2 the Joy Fantastic.

She also founded the PAVE The Way Project, a non-profit initiative to create teen awareness about healthy and unhealthy relationships. This peer-to-peer mentoring and pop music project is underwritten and sponsored by Verizon Wireless in conjunction with Salvador and Carlos Santana.

Jacqui Thompson is currently the President/CMO and Co-founder of Revel Spirits, Inc., an importer of Agave spirits from México. 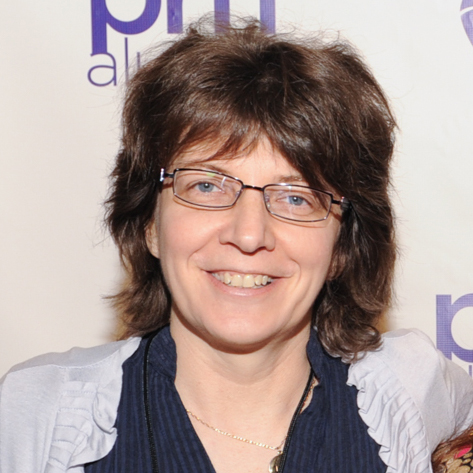 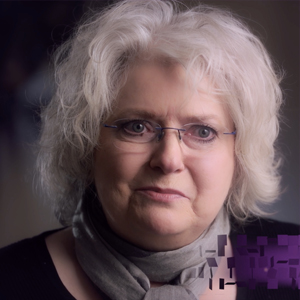 Bonnie Flesland
Bonnie Flesland started her touring career with Prince's 1992 "Diamonds and Pearls" tour, after working for various theatre, ballet, and opera companies. She has worked for such artists as Tina Turner, Janet Jackson, Maxwell, Aerosmith, Lenny Kravitz, Pink, Cher, Carrie Underwood, among others. Her work for Prince had her working on many of his tours as well as working in the costume shop at Paisley Park. As the shop supervisor and one of the designers in '96-'98 her work can be seen on Prince, and the NPG, in his performances on "The Muppets", many videos, tours and TV appearances, as well as his wedding to Mayte Garcia. She continues working on the road and still lives happily in Minnesota. 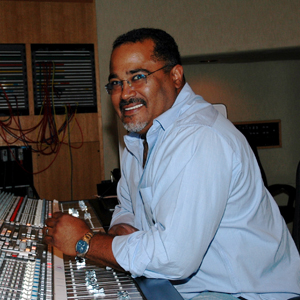 Dave Hampton is a 40+ year veteran of the audio recording industry. He began his career at Oberheim Electronics under the watchful eye’s of Tom Oberheim. Always self motivated he went independent after about 4 years there and hasn’t looked back since.

His company MATK Corp is trusted and called on to create and provide custom solutions. In addition to engineering, Dave still consults with manufacturers on new technology, lecturers on survival in the industry, and continues to design custom studios and creative spaces for some of entertainments top artists. He is also the designer of REFTONE speakers. This product is now sold in over 9 countries and can be found in major studios such as Westlake, and Interscope Studios as well as “The Jimmy Kimmel Show”, Warner Brothers scoring studios and USC school of Music to name a few. These small speakers are helping to improve the way people work with audio forever.

Dave has authored 4 books for Hal Leonard Music Publishers. He is currently working on the third edition of “The Business of Audio Engineering” a mandatory text for many audio programs around the country. He also serves on the steering committee for the Producers and Engineer wing of the Grammy’s. He also earned a Grammy Award as one of the engineers of Marcus Millers M2 best jazz album of 2001.
In the summer of 2001 Dave was the first engineer to use Pro Tools to live mix a concert in surround sound, for Herbie Hancocks Future 2 Future World Tour. This was three years before they(Digidesign / AVID) would enter the live sound market with the Venue series of FOH consoles.

Hampton served as Technical Director for Babyface at YabYum music for 4 years and Herbie Hancock for 12 years. While working with Herbie in 2003 he was contacted by Prince to come and work on repairs and changes to the world famous facility. This led to Dave being asked to stay on and serving as Techinical Director of Paisley Park Studios as well as the other residences in California for several years. While at Paisley Park Dave would design and build several special one of a kind machines just for Prince’s use. Among them would be Studio 3121(prince’s mobile recording studio, Custom 2”, 8track recorder, Custom Mains for Mix room.

Among his client list you will find generations of talent from every genre of music. Marcus Miller, Justin Timberlake, Maxwell, and Babyface, NeYo, RZA, Too Short, Chicago, Bill Withers and more. His other role today is as the Technical Director for the Estate of Jazz great Miles Davis. Presently he is responsible for the archiving of the personal family audio library of Miles Davis.

Studio Design and Acoustic Consultation:
This is a partial list of studio facilities he has designed built and modified. 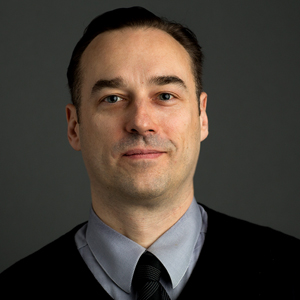 Sam Jennings
At the beginning of his career in web design, Sam Jennings closely followed Prince's growing interest in using the internet as a distribution model for his music in the mid-90s. At the end of 1998, Sam joined Prince's web team to begin building a community that would eventually lead to the launch of the NPG Music Club in 2001. As the Director of the Music Club, Sam worked with Prince on inventing a new model of music distribution for the 21st Century that circumvented all previously monopolized channels of access to his audience. Through exclusive access to concert ticket presales, VIP offers, and regularly released new music, Prince's NPG Music Club grew and grew for five years. As a result, the Club won a Webby Award as well as gave Prince a Webby Lifetime Achievement Award, proving a 100% artist-owned internet business could redefine success on its own terms in the new Age of Access. During this time, Sam also took over all the creative visual work for Prince, designing several album & single packages, merchandise, promotional materials, photo retouching, and anything else Prince could come up with. Working with Prince was a unique, creative experience that always pushed the limits of what you thought was possible. Sam continues that spirit in his creative work since that time, including working for Pearl Jam, Microsoft, and Ebony Magazine. 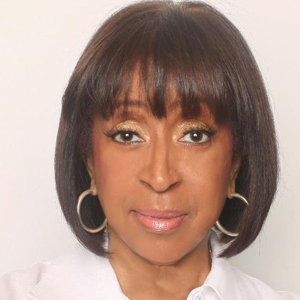 Karen E. Lee’s enviable career in media relation’s management and artist development spans more than 20 years. In the course of her stellar career, Lee has managed media relations campaigns for a variety of recording artists, many of whom are considered icons in the genres of hip hop and R&B music, and coordinated and executed special events. Lee has been an independent agency –based publicist, a personal publicist, Vice President of Media Relations and Artist Development for Warner Bros. Records and is currently Senior Vice President at W&W Public Relations. She is a seasoned professional with extensive experience in cultivating viable relationships with media personnel, increasing the media visibility of both established and emerging artists, and preparing them in the areas of media protocol, conduct and presentation.

Lee’s media relations career began when she was hired as the Executive Assistant to Henry Rogers, the esteemed co-founder and Chairman of the renowned media relations agency Rogers & Cowan. Recognizing Lee’s unique talents and abilities early on, Henry Rogers became Lee’s mentor. Under his tutelage, which spanned four years, Lee learned the intricacies of developing and executing comprehensive media campaigns and how to identify and seize opportunities which garnered maximum media exposure for Rogers & Cowan clients.

Eventually, Lee became Rogers & Cowan’s Director of Corporate Entertainment for one year before moving into Rogers & Cowan’s Music Division where she was promoted to Vice President. Under her leadership, her team of senior publicists handled the media relations campaigns for clients including Quincy Jones Entertainment, Bobby Brown, Nona Gaye. She also handled the onslaught of press inquiries and other media-related duties due to the media frenzy, which ensued following the arrest and subsequent sex abuse trial of rapper/actor Tupac Shakur.

Her acumen as a publicist and reputation as a creative problem-solver, brought Lee to the attention of Prince’s management. She became Prince’s personal publicist and within six months was tapped to become Vice President of Media Relations for Prince’s Paisley Park Enterprises, the umbrella corporation that housed all of Prince’s ancillary business interests as well as the artists who recorded under
his label, the New Power Generation. While with Paisley Park Enterprises, Lee supervised Prince’s national and international media campaigns; handled the press for the grand openings of Prince’s retail stores in Minneapolis and London; coordinated materials for a limited edition, high-end “coffee-table” book which Prince self-published under his Paisley Park Enterprises and featured never-before-seen photographs of the artist.

Lee’s tenure with Paisley Park ended when she was offered and accepted the position of Vice President, Media Relations and Artist Development with Warner Bros. Records. With a team of publicists, Lee has overseen the media relations campaigns of Curtis Mayfield, Tamia, Somethin’ For The People, Chaka Khan, Seal, Eric Benet and multi-platinum artist Jaheim.

Lee has a grandson with autism and is very involved with the Reachability Foundation who supports families with scholarships for recreational programs that can be the key to helping these children reach their potential. 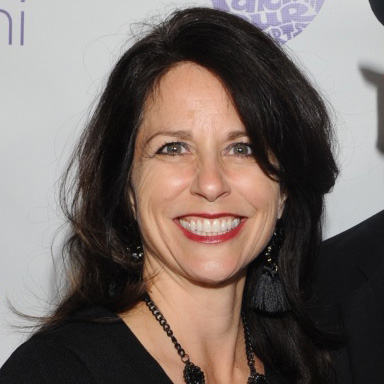 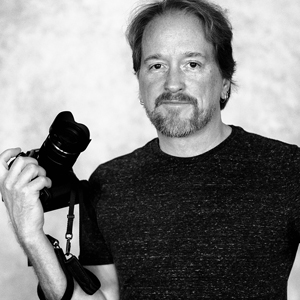 Steve Parke
Steve Parke is an award-winning illustrator, designer, and photographer. He worked for Prince for 13 years as his in-house art director at Paisley Park - doing everything from designing album covers and hand painting guitars to enlisting every spare pair of hands to melt candles for an impromptu music video. His photography work with Prince has been published in numerous magazines, including People, Rolling Stone, and Vogue, as well as in books like Prince Stories from the Purple Underground. His own book of Prince photography from this time, Picturing Prince, was published in 2017.

He is currently photographer and photo editor for Faerie Magazine. 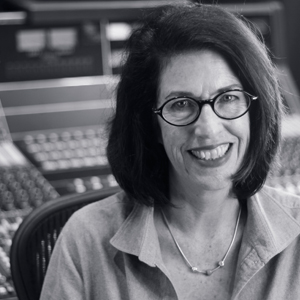 Susan Rogers
Susan Rogers holds a doctoral degree in experimental psychology from McGill University (2010). Prior to her science career, Susan was a multiplatinum-earning record producer, engineer, mixer and audio technician, best known for her work with Prince (1983-1987). She is currently a Professor in the departments of Music Production & Engineering and Liberal Arts at Berklee College of Music, Boston. She teaches music cognition, psychoacoustics, record production and engineering. 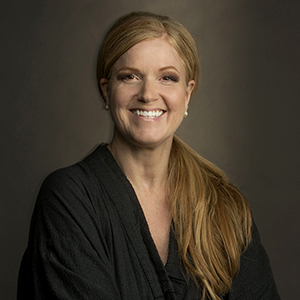