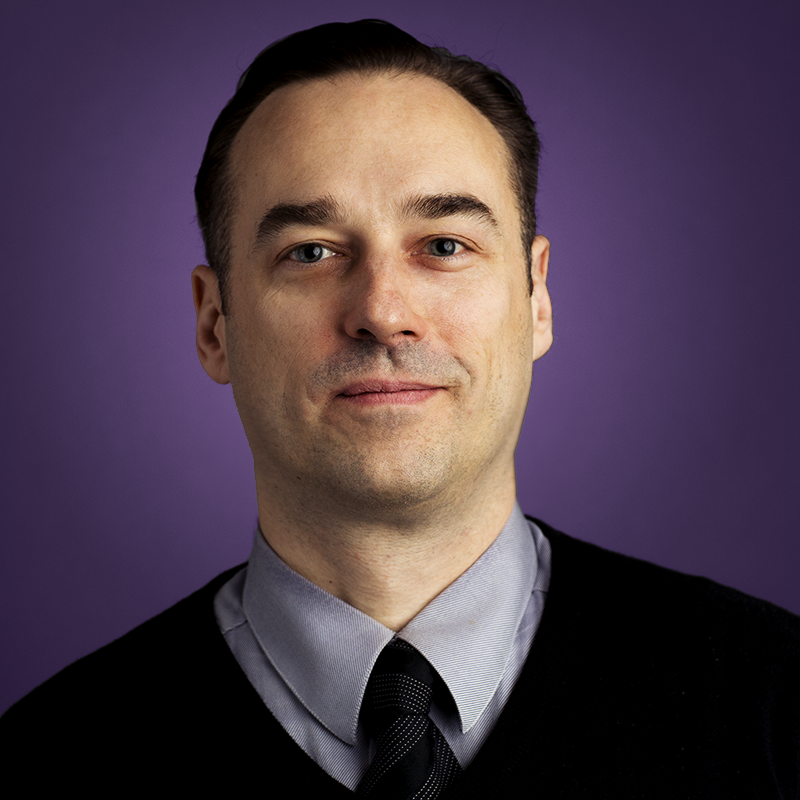 Jump Ahead to Part 2

Although born in San Francisco, Sam Jennings was raised in another of America's cultural meccas; Chicago. It was in the Second City that Sam found creative inspiration in a musical genius residing some 400 miles to the northwest in the City of Lakes.

After high school, Sam chose to remain at home and pursue his own artistic development at the School of the Art Institute of Chicago (SAIC). And while the tutelage he received at the prestigious SAIC was unequivocally world class, an experience at another historic landmark in Chicago’s Lincoln Park neighborhood likewise made an indelible impact on his career plans.

Originally built as a vaudeville theatre more than a century ago, Park West was reborn as a top flight music venue in 1977. Prince himself played the space a handful of times, first in 1981 and for the final time 20 years later. Park West gigs in between included a birthday celebration for Sheila E. during the Purple Rain Tour and a special performance following Prince’s appearance on the Oprah Winfrey Show in November 1996.

It was at Park West in 1994, where Sam was among a select number of lucky souls able to witness a screening of The Beautiful Experience, an unreleased film starring Nona Gaye. Featuring a series of vignettes that drove the storyline, footage from the 1994 NBA All-Star Weekend concert at Paisley Park, crowd shots and other visuals, The Beautiful Experience exposed Sam to some really funky tracks he’d never heard before.

As profound as those songs were, equally consequential to Sam was how the film foretold of a world that was to come. The Beautiful Experience envisioned a domain where music and video were accessed solely via a computer. Twenty-two years later, Sam spoke to Prince’s remarkable prescience in a Washington Post column, where he wrote "This experience didn’t exist yet, but Prince’s vision of the future was clear. And I knew I wanted to be a part of it."

Just a few short years into his professional career, Sam was afforded the opportunity he’d been yearning for. A friend recruited him to assist in the ongoing website design for Prince’s newly established Love 4 One Another Charities. Though it was initially a group project, Sam took the lead on much of the design work, simple maintenance, and content updates.

It didn’t take long for Prince to notice Sam’s handiwork and by 1999, Love4oneanother.com had blossomed into an all-encompassing site chronicling the happenings at Paisley Park and beyond. Among the many features of the site were “U ask

: ? of the week” and “CHATS!” which highlighted the “innerviews” of

(as he was known then), members of the New Power Generation, and others in the paisley universe.

“Let the Baker Bake the Bread”

As Prince closed the millennium with his pay-per-view concert special Rave Un2 The Year 2000, he was three plus years removed from his separation with Warner Bros. Between 1996 and 1999, Prince released four titles on NPG Records (including Crystal Ball and albums by Chaka Khan and The NPG), which were bookended by one-off major label deals with EMI and Arista. Prince had his own label, he simply sought a more suitable outlet to get music to his fans.

“Prince would often talk about the need to ‘cut out the middleman,’” recalls Sam, “The industry’s business model was always tilted in favor of the major labels and Prince embraced the opportunity to make them irrelevant. ‘Let the baker bake the bread’ he used to say.” So, in appropriating the name of the already established retail telephone line (and 1994 compilation album)1-800 New Funk, Sam helped Prince launch his first retail website.

As their ideas continued to evolve, Prince and Sam experimented with another new site, NPGOnlineLTD.com, which according to Sam showcased the latest news from NPG Records and included “the occasional music download.” They were just getting started.

While it was becoming increasingly important for Prince to connect with fans online, he stayed true to another strategy he’d been using for years; the power of live music. Dating back to at least the summer of 1995, Prince would regularly perform late night jams at Paisley Park, often free of charge.

Although the shows were often announced on short notice, word generally spread quickly to the purple people around town. And, if they got wind of it quickly enough, folks came from out of town and sometimes from out of the country. Sam fondly reminisces about these nights and how Prince ultimately took the concept to the next level.

Commencing on his birthday in 2000, Prince, who had recently reclaimed his birth name, held a weeklong “Celebration” at Paisley Park that included daily tours of the building and late night parties that featured performances by Taja Sevelle, Mint Condition, and others. Prince capped the week with a three-hour plus concert at Northrop Auditorium and afterparty at Paisley Park. The response to this event was electric and inspired Sam to push on with new and innovative ideas to help Prince dispense his music and vision to the world.

And, with that in mind, they conceived of the NPG Music Club. Kicking off in early 2001, the NPG Music Club fully realized Prince’s ambition to take his music directly to the people. For a nominal fee, subscribers could access a monthly audio show (sometimes hosted and curated by Prince) along with additional music and video files. There was no longer a middleman, no corporate master. Just Prince and his fans. Or, as Prince said, “This is what freedom sounds like.”

“This was groundbreaking,” proclaims Sam, “Prince’s efforts predated the arrival of iTunes. Moreover, the NPG Music Club was the first artist-owned digital music service.” Prince’s ultra-talented fashion designer Debi McGuan drew a lot of the sketches for the site, whereas Sam designed the club logo, created the layout and “maintained it on a daily basis.”

As the functionality of the NPG Music Club grew, so would Sam’s responsibilities. At first he was tapped to design the artwork for a series of cd singles such as “The Daisy Chain,” “Gamillah,” and “Supercute.” To Sam, it was only natural that as the club gained momentum so did the possibility of what it might bring next.

Considering the success of the first “Celebration,” it was decided to offer the interactive experience again the following June. This time, Prince added a theme to the event. Although his new album The Rainbow Children was not scheduled to drop until that fall (when NPG Music Club Members were able to download it in advance), it became the centerpiece of Celebration 2001.

All in attendance got to listen to the album in its entirety before sharing their thoughts with the larger group. “The deeply religious and political themes of The Rainbow Children made for some rather intense discussions,” reveals Sam. For Prince, who would make his way down to the atrium to observe, participate, and sometimes even lead the discussions, the whole experience was glorious.

As Sam illustrates, “Prince said to me during one of these sessions, ‘This is what I always wanted Paisley Park to be about.’” In essence, that meant a place where people had the freedom to express their feelings about music, its relationship to politics, spiritual matters, and the like. “I could see a light in his eye,” adds Sam.

Sam also remembers Celebration 2001 as the occasion when Prince brought in iconoclastic director Kevin Smith to document the event on film. Smith, a huge Prince fan, ultimately left Chanhassen flummoxed by the experience which he later recounted in his own project An Evening with Kevin Smith. As far as Smith was concerned, he was brought in to make a documentary. When he was informed that the footage he collected may never see the light of day, he couldn’t understand.

“Kevin didn’t get how Prince worked,” says Sam, “There wasn’t always an end goal. It was just about creating, seeing where the process takes you.” For example, it was communicated to Smith during his time at Paisley Park that Prince once called a staff member up at 3:30 in the morning, on a Tuesday no less, and declared, “I need a camel.” Sam continues, noting that the first response from that staffer was something to the effect of, “I think the Minnesota Zoo has some camels, but I don’t know that we can get one right now.” To which Prince responded, “How do you know? Have you ever tried to get a camel at 3:30 am on a Tuesday?”

In Prince’s creative space, Sam argues, “Nothing was impossible.” Nor it seems was anything a given. Think of all the projects that Prince completed that, for one reason or another, have never been released. “To Smith’s credit,” Sam reflects, “He later expressed a different perspective and appreciation for Prince’s creative process.” In Smith’s own words, Prince was “An artist with a capital A who was not afraid to bite the hand that fed, never hesitated to reinvent himself, and was always entertaining on any stage.”