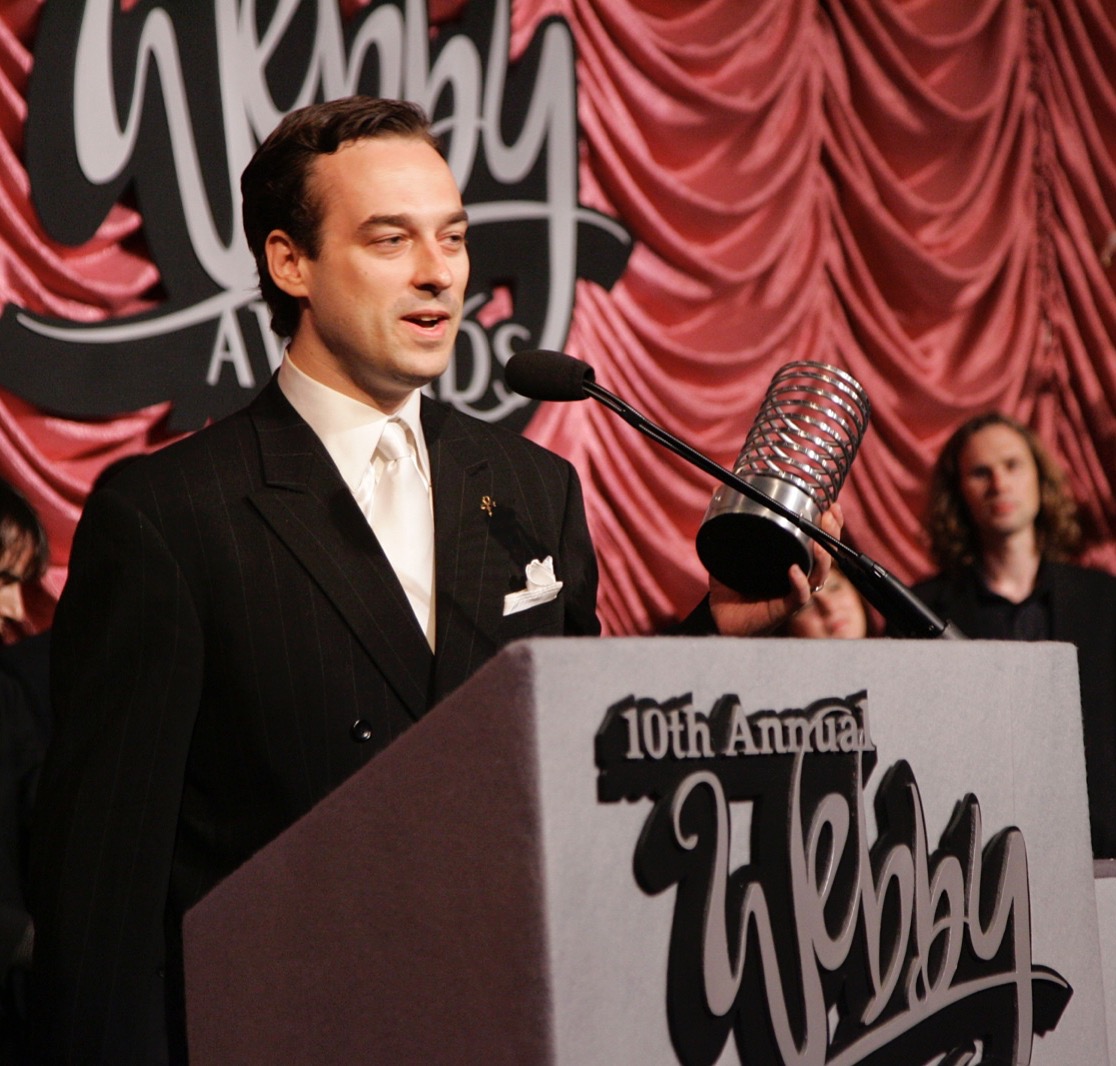 By the time Prince was ready to take The Rainbow Children out on the road as part of the One Nite Alone Tour, the NPG Music Club was elevated to yet another level. Not only were club members able to access the best seats in the house, but were invited to sit in on Prince’s soundchecks and granted early admission to the aftershows. And, during the actual concert, Prince would often announce from the stage, that if you want these seats up front, “You got to join the club.”

“It was a brilliant marketing strategy,” acknowledges Sam, “But it meant a lot more than that to Prince. He loved his fans and loved the idea that club members were dedicated and understood what it was all about.”

With all the new artistic and business apparatus the NPG Music Club afforded Prince and his fans, it also enhanced Sam’s role at Paisley Park. Now, in addition to his design duties, he was coordinating with concert promoters, venue staff, public relations professionals, and a litany of vendors. The extra responsibility was fine with Sam. After all, as Prince often provided those under his employ, such opportunities gave Sam the chance to spread his wings.

After 3½ months touring the US and Canada, Prince returned home for “Xenophobia: Celebration 2002,” before taking the tour to Europe and Japan to close out the year. Comparatively, 2003 would be relatively quiet for Prince, at least in the public eye. Behind the scenes however, Prince and Sam would start to reshape the NPG Music Club yet again.

Per Prince’s new vision, the music club underwent a major redesign, at least from a layout standpoint. As Sam describes it, “The whole experience was built around the idea of the club as a big mansion that you had to maneuver around to find what you were looking for,” be it music, merchandise, or other experiences. The way the site distributed music also changed around 2003, with Prince instead opting to release several CD’s of music as opposed to monthly audio shows.

As a result, Sam was now able to try his hand at creating album art, which included the One Nite Alone… Live box set. A brief tour at the end of the year, that included dates in Hong Kong, Australia, and Hawaii, allowed Sam to stretch even further as he partnered with photographer Afshin Shahidi to create the accompanying tour book and an exclusive coffee table book Prince in Hawaii: An Intimate Portrait of an Artist.

Toward the end of the year, Prince, who was always wanting to add new features to the site, called upon Sam to make even more tweaks. Still, 2004 would see the club again utilize one of its most successful tools from the past. And, similar to how he did in 1984, Prince once again took the music world by storm.

Although his true fans will tell you he never went anywhere, for the first few years of the 21st century, Prince essentially operated as an underground artist. All that changed in March 2004 when Prince was inducted into the Rock and Roll Hall of Fame, offering a pair of performances that are still raved about today.

Prince then hit the road for the most talked about tour of that year, Musicology Live 2004ever. NPG Music Club members again had the chance to secure premium seats online and Prince upped his game again. His first major label release (Columbia) since 1999, Musicology (the artwork to which Sam co-designed), was included in the price of the concert ticket. Always the trendsetter, Prince found yet another way to get music directly to his fans, a revolutionary premise was soon mirrored by others such as U2 and Duran Duran.

Prince’s next album, 3121 debuted at number one on the Billboard chart, sustaining the momentum of Musicology. Sam, who designed the cover and promotional materials, confesses, “3121 was absolutely my favorite Prince project to work on.” In addition to his artistry, Sam coordinated everything with Universal Music’s production team and travelled to New York to approve the final packaging.

This was a period where Prince was spending a lot of time in Los Angeles, where he famously hosted his 3121 concerts for a “Who’s Who” of Hollywood. “Prince was renting this mansion in Beverly Hills,” recounts Sam, “And when I was working on some of these projects he’d have me stay in the guest house.”

Prince came by to chat about the music business, what Sam was working on at the moment, and often just everyday things. Sam says, “Prince seemed to be in a pretty good place then, a happy place. We’d listen to some of music off my ipod, things like Fleetwood Mac, Steely Dan, old Chicago records. Or, we’d just talk. Those are some of the best memories of my career.”

In the summer of 2006, the work that Sam had done both with and for Prince, paid off in a big way when the NPG Music Club received The Webby Award for “Best Celebrity/Fan Site” from the International Academy of Digital Arts and Sciences. Sam, who was there to accept the award called it a “real validation.”

Not to be outdone that evening, was of course Prince himself, who received the Webby Lifetime Achievement Award. The inscription on the award, in part cites how Prince “forever altered the landscape of musical distribution” and “reshaped the relationship between artist and fan.”

Soon after his recognition as an online pioneer, much to Sam’s dismay, Prince decided to shut down the NPG Music Club. “In Prince’s view the club had gone as far as it could and we should go out ‘on a high note.’” Nevertheless, this wasn’t the end of Sam’s time with Prince. There was still work to do.

In November 2006, Prince took up an extended residency at the Rio Hotel and Casino in Las Vegas. Club 3121 as it was dubbed, continued through April 2017 with a few short breaks including one to accommodate Prince’s legendary half-time performance at Super Bowl XLI in Miami.

In support of Prince’s stay in Vegas, Sam worked overtime designing all promotional and collateral materials. This involved, but was not limited to: the club logo; billboards; bus wraps; hotel room keycards; food and drink menus; show tickets; print ads, flyers and posters; merchandise; the club newsletter; and signage at the venue which included a display rising nearly 40 stories high on the façade of the Rio itself.

Among the final projects Sam worked on was the artwork for 2007’s Planet Earth. The album’s theme, coupled with some of Sam’s more recent designs and Afshin’s photography provided seamless visuals to promote Prince’s biggest events of the year; Minneapolis 07/07/07 (punctuated by Prince’s long-awaited return to First Avenue) and his 21-night stand at London’s O2 Arena. These designs concluded Sam’s time working for Prince.

Sam is eternally grateful for the near-decade he spent working for Prince. Now headquartered in LA, Sam has designed projects for other iconic artist including David Bowie and Pearl Jam, while also spending several years as a UX Designer for the Microsoft Corporation. Today, Sam is a Senior Designer and Art Director for Ebony Magazine.

In July 2016, Sam, with the help of some former colleagues, created the Prince Online Museum. It is an invaluable gift to fans, students, aspiring artists, and others who can now (re)visit 16 of the independently owned websites that empowered Prince to transform and transcend the industry.

When Sam reflects on Prince’s passing, his thoughts are analogous to his peers in the PRN family; he thought Prince would outlive us all. “I pictured him in his late eighties still playing guitar and complaining about the record industry.” Sam imagined someday he might cross paths with Prince again and pick up where they left off. To know that will never occur, is not only a loss for Sam, but for the world. After absorbing the initial shock and lasting sorrow, Sam is just honored to be part of it all. “Prince,” he notes “was one in a million.”